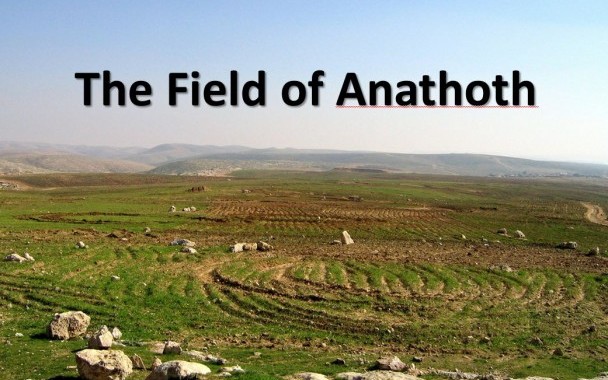 Below is one more expression of Creative Nonfiction. It starts with a newspaper article, leading to three very different “Letters to the Editor.” We then peek into Jeremiah’s personal memoirs of the event. Things conclude with “A word from heaven” of what may have been the Lord’s thoughts on the whole thing. Enjoy!

Freedom for All [well almost all]

After many long months of total lockdown, the city gates were open yesterday to the relief of the entire population of Jerusalem. The rumors of help from Egypt would seem to be confirmed as the only possible reason for Babylon to suddenly drop their month’s-long siege and depart the city. This help from our southern neighbor will come at a cost, but such philosophical thoughts were pushed aside as the population rushed out of the city walls in a desperate search for water and food.

A couple of the city’s residents, unfortunately, where trampled underfoot at the city gates and did not survive to enjoy the long-sought freedom. But apart from this, the citizen’s behaved lawfully as they scavenged through neglected gardens and raided fruit trees for anything nourishing and edible. The gates were closed again at sundown and the residents enjoyed a peaceful night.

In a related incident, one criminal added to his long rap-sheet of arrests and beatings and imprisonments. It seems that the cantankerous, old prophet, Jeremiah, was up to more of his shenanigans. He was apprehended trying to leave the city in hopes of catching up with his friends, the Babylonians. For years now, this renegade priest and prophet has been predicting doom for our beloved city (including the Temple and Palace) at the hands of these enemies, saying all sorts of nasty, unnecessary things and upsetting the populace. But now his prophecies had gone amuck. When he saw the Baboons leaving, it must have been too much for the old man; too hard to watch his prophecies flop. He attempted to run after them, but was grabbed by the alert guardsman named Irijah ben Shelemiah.

The clever old man attempted to argue his way out of the arrest with some ridiculous explanation about just wanting to see land he recently bought. A wire must be loose in his head because no one would believe such an outlandish claim. A prophet of doom buying real estate in a doomed land! What will this eccentric think of next! The argument was solved when Irijah took the perpetrator to the royal officials and they had him whipped and beaten and imprisoned. Such treatment has done little in the past to deter this windbag prophet, but the prison he is in now is the worst of the bunch. He won’t last long, and he won’t be causing any more trouble. [Jer. 37:11-16].

Please let me express my opinion in your newspaper. That traitor in Jonathon’s house (the worst prison in the land) can just rot there forever. Yes, that man speaks only poison and doesn’t deserve to live. As a court recorder I want to take this opportunity to list his crimes. Surely all can agree he deserves to die.

As far back as the reign of King Josiah this man was saying our nation would be completely destroyed. These are his own obscene words: “The enemy will break open the graves of the kings and officials of Judah, and the graves of the priests, prophets, and common people of Jerusalem. They will spread out their bones on the ground before the sun, moon, and stars – the gods my people have loved, served, and worshiped. Their bones will not be gathered up again or buried. But will be scattered on the ground like manure.” [Jer. 8:1-2] Who in his right mind would compare the bones of our nobles to manure?

He wore a cow’s yoke around his neck for months and spoke to the ambassadors of our allied countries, telling us all to forfeit our sovereignty and bow down to King Nebuchadnezzar [Jer. 27:1-13]. This is outright treason! He then went public with it and was allowed to live and further spread his propaganda.

He has repeatedly expressed his belief that our glorious temple will be demolished and the “City of David” destroyed [Jer. 26:1-9]. Surely we noble citizens should not have to put up with such pessimistic, cynical, contrary preaching. Does he even know what he is saying?

My considered opinion is this, let this troublemaker rot in jail till the day he dies. Then proclaim a national holiday.

I am writing in regard to the news article in your paper where it states that my cousin, Jeremiah ben Hilkiah, has some wires loose in his head for saying he recently bought land and wanted to see it.
I, Hanamel ben Shallum, want to set the record straight and also call on you (the Jerusalem Post) to do a better job of investigative reporting. Get your facts straight! My cousin was indeed speaking the truth. The person he bought land from was me. I approached him at the court of the king’s guard where he was held prisoner and asked if he would buy the land since he has the right of first ownership. I was surprised that he had been expecting me and was prepared to buy it without further explanation. He paid 17 shekels of silver. We signed all the necessary paperwork and the transaction was competed in the eyes of official witnesses [Jer. 27:9 -12]. The land is in Anathoth, only a few kilometers away from Jerusalem. Had you or the royal officials simply investigated his claims the record is there for all to see.

I do, though, want to comment more on my cousin. We as his family are very ashamed of his behavior over these past decades. He is so different from the rest of us. He does many crazy things and doesn’t care what people think. He is guided by one thing and one thing only – the word and instructions of his God. At times our close relatives truly wanted him dead [11:18-21], but their plots failed and we have come to pretty well ignore him. And this headache won’t last much longer. He is old. He never married. Has no children. And even the land he bought will come back to me when he dies.

I take exception to your front-page article last Tuesday and its strongly biased description against the greatest of men, Jeremiah, the true prophet of the Living God of Israel. Yes. I may be a foreigner, but I have spent decades studying the unique religion and lifestyle of you Jews, and I must say that you are surely a most privileged people. Your history is full of miracles that no idol could perform, yet the majority population seeks only a life of ease and comfort, while true spirituality is non-existent.

This is what makes Jeremiah so great. He is in daily touch with the Living God and speaks with authority the message that you all hate to hear. There is no one more loyal to Jerusalem than Jeremiah. He is the only one willing to stick his neck out to try and save the city. None of you are willing to heed the call for repentance. This is the only way to save your city and nation. Rather than take note of this truly great man, you have subjected him to ridicule, humiliation, beatings, imprisonments, and yet he continues to speak God’s truth for the good of all you Jews.

I want to state it for the record that Jeremiah, God’s Spokesperson, is the most loyal of all the king’s subjects. He rises above everyone else in his efforts to save Jerusalem and Judah. He does this for the good of you all.

Perhaps I should have known I wouldn’t get very far. I was still angry over this whole “landowner” incident. After all, it was God himself who forbade me to marry and have children – so why should I buy land? It was God who put me on public record time and time again saying Babylon would destroy this place and take everyone captive. Then, by telling me to buy the land, He made me look stupid, irrational, and incompetent in the eyes of all. “There’s that big-mouthed Jeremiah contradicting everything he ever said!”

There wasn’t any need for me to see the land, but the walk through the open spaces to Anathoth sounded like a good change from the cramped-ness and hostility of the city.

A word from Heaven

I have asked much from my servant, Jeremiah. Desperate times call for desperate measures. He had good reason (humanly speaking) to be upset when I told him to publicly purchase his cousin’s land. He has no use for it: He will be wandering and homeless for the rest of this life. I have forbidden him to marry [Jer. 16:1-4], so he has no heir. To the eyes of all the people, this purchase makes no sense. However, Jeremiah needs to know, all my people need to know, that I AM NOT DONE WITH ISRAEL AND JERUSALEM. The greatness of the past is NOTHING compared to the greatness that is YET TO COME [Jer. 32:36-44; 33:6-9, 14-26]! I know what I am doing!

I left the choice of leaving the city up to him. Could have prevented anyone from recognizing him, but I chose not to interfere. He has been so loyal to me and I wish the suffering could end, but even darker days lay ahead. I am genuinely proud of him. He has learned to look beyond his personal suffering to see the greater suffering that I endure [Jer. 14:17; 8:21-9:2].

I have prepared for Jeremiah, my faithful servant, an eternity of reward. He has surely earned the words, “Well done, my good and faithful servant.” And why not? At the resurrection of the dead I will give this very portion of prime land to my faithful servant to be enjoyed by him – and his large host of spiritual offspring – forever! [Jer. 32:40-41].

1. It is important to know this story because the events here are tied to very important revelation from the LORD. The Lord wasn’t playing games or just “testing” his spokesperson. The land purchase was a very significant prophetic “sign.” This will be dealt with in more detail later.[1]

2. We should not assume that everything Jeremiah did, and all the suffering he underwent, was the perfect will of God. Jeremiah was human. There is nothing in the Biblical text to indicate the Lord wanted him to leave the city and go view his land. Did he pray about it and receive a “yes” answer? We have no way of knowing. There is another incident in Jer. 19:14 – 20:2 that might be a clearer case of him suffering for going beyond what he was told. This was dealt with already and was probably a matter of anger getting him into trouble. Jeremiah’s complaint at that time was answered by God only with silence.[2]

[1] This will be given special attention in the third book in this series, Paradigm-Shifting Communiques from DEITY – via Jeremiah.

[2] And in still another instance, the LORD verbally chastised him, “This is how the LORD responds: ‘If you return to me, I will restore you so you can continue to serve me. If you speak good words rather than worthless ones, you will be my spokesman. You must influence them; do not let them influence you!’” Jer. 15:19. But with the complaint about the land purchase the chastisement came as silence, unresponsiveness, as if he is saying, “your words are not even worthy of an answer.”

Also available at amazon.com and other retailers.

Treasure trove the Bible is. Have a look.