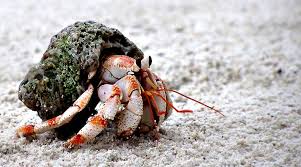 Jeremiah was no recluse. His upbringing as a priest, and his calling to be a prophet, rules out such behavior. His business, his focus, his attention was people.

Jeremiah functioned amidst political turmoil, religious delusion, social unrest, severe injustice,[5] and wide-spread fear and suspicion. Rather than going “high brow” and judgmental, he did the opposite and identified with the people on all levels.[6]

Five different kings warmed the throne during his time of service. Two foreign powers invaded, deposed kings, and imposed taxes on their vassal state. And things got worse. The events surrounding Jeremiah’s lifetime formed one continuous downward spiral. His first assignment was to scour the streets of Jerusalem to find one honest person (5:1); he came up empty-handed.  For 40 years he fought with all his wisdom and strength to avert Judah and Jerusalem from destruction. But his efforts were not enough (25:3; 32:1-5), due to the impetulance of his people (32:30-31).  He wept and grieved not for himself, but for his beloved people.

[1] His life was to be a living picture of the severity of God’s deserved anger. Jeremiah was told the reasons behind the restrictions. The people were digging their own graves and the Lord wanted them to see this and change their ways. He had better plans for them but they were refusing to cooperate (16:12-18).

[2] Us modern people probably can’t understand the full burden and strain these restrictions caused him.

[3] In the next verse Jeremiah vents the feelings that could drive him away from society, but he did not act on it.

[4] “And if you still refuse to listen, I will weep alone because of your pride. My eyes will overflow with tears, because the Lord’s flock will be led away into exile.” 13:17.

[5] One example: The laws God gave his people called for mercy and justice. Those who went bankrupt would indenture themselves to a wealthy person. They served in a slave-like capacity, but this situation could only last a maximum of 6 years, because every sabbath (7th) year, slaves were to be freed with pay (Exo. 21:2, Deu. 15:2). But the wealthy of Jeremiah’s days refused to do so, and no leaders enforced it. (34:13-16).

[6] “My grief is beyond healing; my heart is broken. Listen to the weeping of my people; it can be heard all across the land. ‘Has the Lord abandoned Jerusalem?’ the people ask. ‘Is her King no longer there?’” “I hurt with the hurt of my people. I mourn and am overcome with grief… Why is there no healing for the wounds of my people?” 8:18-19, 21-22.

Also available at amazon.com and other retailers.

A treasure of wisdom, the Bible is, filled with Living Words.